The current economic expansion is in its 121st month and is the longest on record. The cycle will end eventually, but we have no idea when or what might trigger the end. We are beginning to see some indications the domestic economy is slowing, but growth is currently supported by a strong labor market and consumer spending. Global growth indicators are weaker than domestic, and there are concerns this weakness may have an impact on us.

Economic growth has been relatively slow and steady during the last ten years. Since there was not an economic “boom” this cycle, we likewise do not expect a “bust” when it ends. In addition, this is the third year of the presidential term, and we expect the administration to focus on policies and actions that promote a strong economy going into the election next year.

During the quarter, President Trump threatened tariffs on imported goods from China, Canada, France and other countries. As expected, our trading partners responded with retaliatory measures and negotiations are ongoing. Fair and free global trade is essential to continued economic growth for several reasons.

Trade is a significant part of the global economy. Tariffs raise costs for consumers and businesses, disrupt supply chains, invite retaliation and undermine capital spending. Increased uncertainty in global trade adversely affects consumer and business confidence at home and abroad. If confidence declines, so will consumer spending and business investment.

In spite of the contentious trade issues, financial markets moved higher during the second quarter, adding to the very strong gains in the first quarter. The table below includes a few examples of just how strong returns were the first half of this year.

During June, the Federal Reserve Open Market Committee (FOMC), changed its position on monetary policy. According to Chairman Powell, uncertainties surrounding the outlook have risen, including trade developments and concerns about global growth, and the case for somewhat more accommodative policy has strengthened. In addition, some members of the FOMC favor cutting interest rates as an “insurance policy” to mitigate concerns about economic growth and trade policies. The reaction in the markets was immediate, bond yields tumbled and equity markets rose.

So how do we think about this? When stock and bond market valuations are moving in the same direction it is often a short-term anomaly. With the FOMC policy shift, our near term view is the global economy will weaken but not go into a recession. Longer term, we do not think a more accommodative monetary policy will be sufficient to indefinitely sustain the current economic expansion. However, if the cross winds from trade issues and global growth abate, the current economic expansion may continue longer than expected.

Manufacturing activity is at its weakest level since October 2016. Levels above 50 indicate manufacturing activity is increasing, and below 50 it is decreasing. Recent weakness may reflect lower business confidence and heightened uncertainty about trade issues. The data is volatile on a monthly basis, but the trend is clearly down. 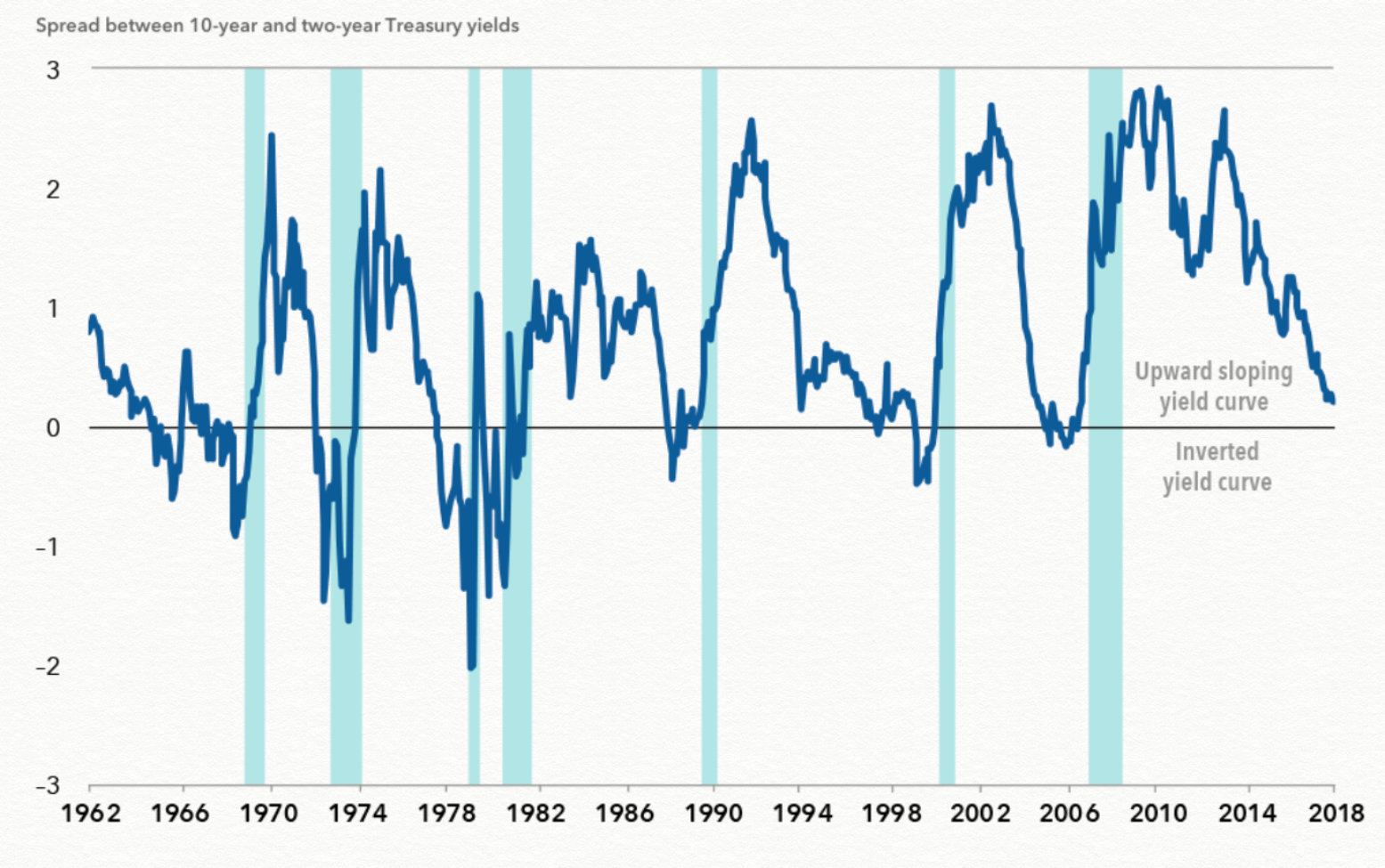 As we have stated previously, we are maintaining a slightly more defensive posture with asset allocation, security selection, and portfolio diversification based on current market conditions, valuations, and expected returns. Being slightly more defensive does not mean being uninvested. Our view is returns from all asset categories will be modest during the next few years and investment portfolios will benefit from global diversification. We are committed to an objective goals oriented process and know that investment portfolios will compound long term.